Skip to content
You are here
Home > American dream > Who has a right to the American Dream?

There is much talk during this current series of Downton Abbey of going to America to build a better life.  Tom mentions it, thinking he will feel less like an outsider in a country full of people starting over and Daisy even has the chance, but chooses not to.  America is described as a place where dreams are made and where one can start over, with or even without the right resources. 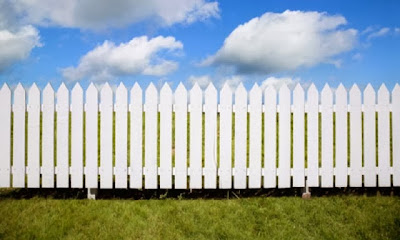 That dream however, seems to be a true dream for some and much less of a reality for others.  We are a country that in our inception was built by enslaved peoples and run by immigrants.  I say this, not to be funny or shocking.  It is just a fact.  I am not here to debate that.  But how hard has the dream of the new world been for some to achieve, and how easy for others?

Many times our dreams are pushed to the side due to everyday responsibilities.  My dream for example, of being a playwright – not impossible, but not something that happens everyday.  In my opinion, there are many things I did not sacrifice before getting married and having a baby that would have made it a little easier for me now.  I worked a lot, trying to make ends meet instead of working less, living with roommates longer and writing more.  I was under the impression I would be able to do it all… at any stage of my life.

With student loans aggressively seeking repayment, I find myself a young black woman with 2 Masters degrees, lots of debt, a husband, daughter and baby on the way (and in that order).

Ideally, as a playwright, large grants, fellowships, residencies and commissions allow for a certain type of life.  Those are what you apply for in order to write more and worry about making ends meet a little less.  Theatre is all about creating; creation takes time and lots of thought.  Teaching is also something that if you are fortunate to do so, will supply another stable lifestyle as a playwright.  But what about writing time?  When does one do that if they are constantly teaching?  That’s why the grants and fellowships are such precious gifts.

I had a wonderful job, in the theatre, but not as a playwright.  It’s just not part of this field.  One doesn’t exactly “get a job as a playwright” or “get a job as a director”.  I should know – I chose it.  I knew what I was getting into, but when it actually happens and you are not as successful or exactly where you thought you might be.  It’s… humbling to say the least.  Trust me, I have re-thought my career choice multiple times, why didn’t I stick with Science and become a Doctor… or why didn’t I stick with Psychology?  Drama Therapy is a nice career that would have allowed me to stay in the theatre.

I, like many Americans currently considered Middle Class, came from hard-working families that could be considered part of the American Dream, at least in our childhood.  I’d traveled a great deal before I even went to Kindergarten.  My parents worked hard, but working hard these days seems to be a continuing uphill battle.

Now we work hard and play Russian roulette to make the simplest of needs met.  It’s pretty outrageous when I think about it, but it’s real life.  Not a Fairytale and definitely NOT a dream.

This article in the daily beast was more real to me than ever before.  Low to middle income families are struggling beyond what many can fathom.  Parents tag team, one working during the day and another at night to keep food on the table and childcare costs down if at all.  These parents, as stated in the article, are one sick-day away from termination.  Having worked at the Gap during High School, College and both of my masters, I know what it is to fear clocking-in more than a minute past the cut-off where you are considered tardy and subject to some sort of action by someone you might consider your equal.  The rules are obeyed because everyone at every level has a job they are trying to keep and children or a family to take care of.
Many of the parents in the article worked harder than many can imagine – they go to great lengths to keep things running in their household and I couldn’t help but think what were their dreams?  Are they still dreaming?  Have they lost hope that their life will ever be more than clocking in, asking for breaks and clocking out again?

After reading, it made me think that the dreams of the Middle Class don’t matter… if they do, then they have certainly been forgotten.

No one decides that they want to struggle to make ends meet and not give their children the life they deserve.  No one wakes up and decides that.  These men and women are working hard and it seems like hard is not enough, wage wise.

It’s not the same as it once was, which means Tom Branson would likely not decide to leave the comforts of the Crawley estate.

I look forward to tonight’s State of the Union Address.  I’m not sure what President Obama can do with so much opposition, though.  It is so unfortunate that the people that lose in this system are truly the voters, and especially the middle class.
I want to hear from you – where are you at in your life?  Striving to reach a dream?  Living a dream?  If you’ve reached your dream or success as you define it, how did you get there?